FIFA have reported they have handed a lifetime ban to referee Joseph Lamptey. Lamptey was the referee of the World Cup Qualifying match between Senegal and South Africa in November of 2016.

The match in question, which South Africa won 2-1, is going to be replayed. Lamptey has been banned for awarding a penalty for handling the ball inside the 18-yard box, something which did not happen.

The Court Arbitration for Sport upheld the lifetime ban on Lamptey on Wednesday.

Below is a still frame picture of the ‘hand ball’ that Lamptey awarded, leading to him eventually being banned for life. 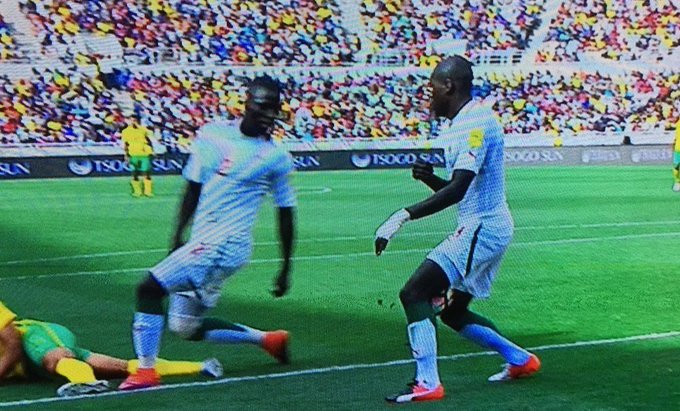 South Africa went on to knock in the non-existent handball, giving them their only win of the current round of World Cup Qualifying. This win by South Africa had a significant effect on Group D of African qualifying, a group that includes South Africa, Senegal, the Cape Verde Islands and Burkina Faso.

With that win South Africa currently sit on four points, with Senegal having five points, and both the Cape Verde Islands and Burkina Faso sitting on six points, respectively. The replay of the match in November could be the difference between both countries being able to advance to the final round of qualifying.

Not including the replay that FIFA has ordered, there are only two group stage matches left. Senegal has to play Burkina Faso and Cape Verde Islands and South Africa does as well.

This decision by FIFA will go a long way towards repairing what has been a damage reputation in the last decade due to corruption at all levels of the game.